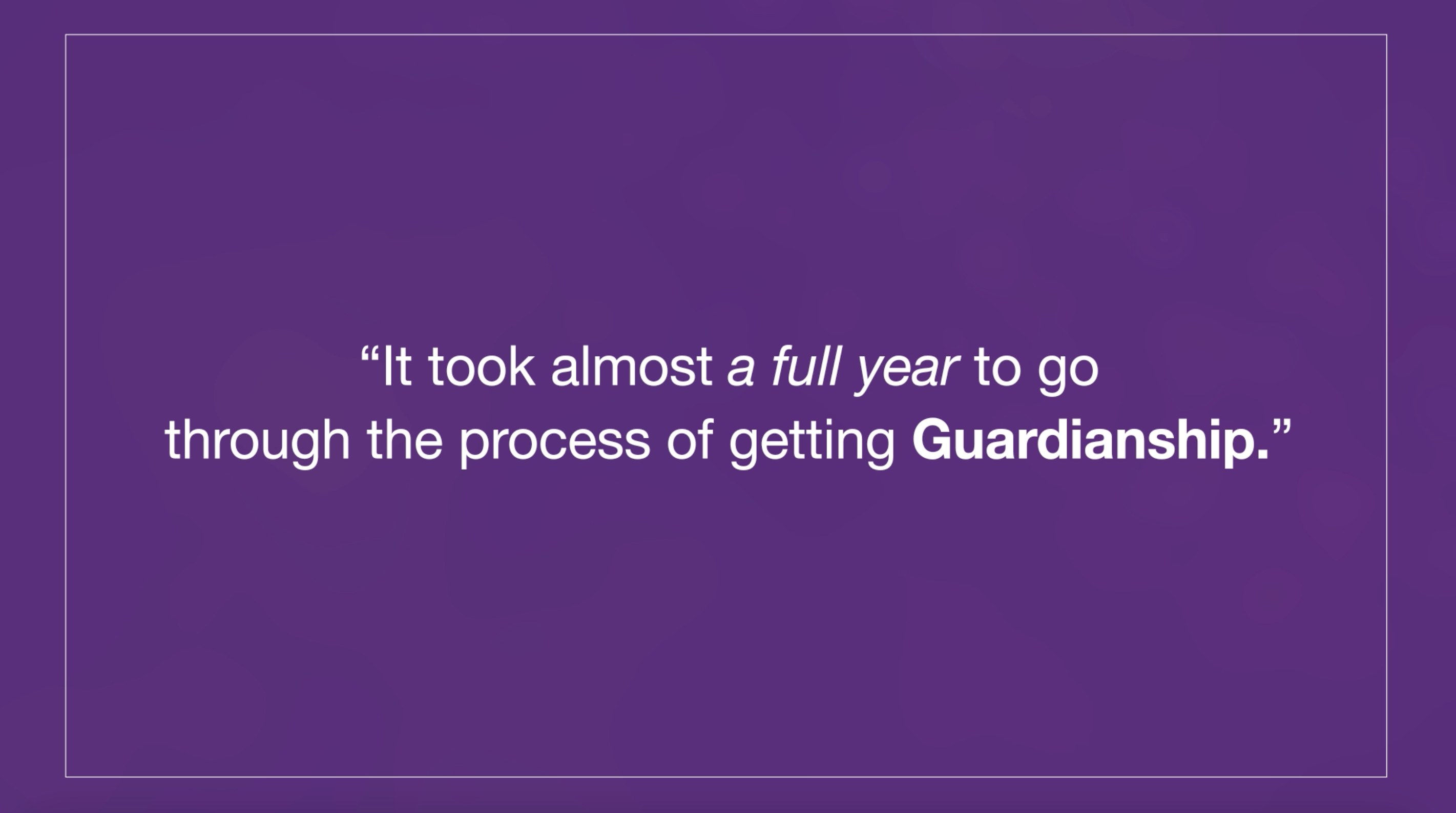 The following is a transcript of a video interview filmed with carer Anne Coia:

Anne Coia shares her experience of what transpired when her husband suffered a brain haemorrhage, resulting in cognitive impairment which significantly reduced his capacity to make informed decisions regarding his own welfare or financial affairs:

“We were the classic case of ‘We’ll do it when we’re older’ and we were about a month away from setting it up when my husband took ill, and of course we didn’t have Power of Attorney or anything.  The upshot of that was he was so cognitively impaired by his brain haemorrhage that I had to apply for Guardianship and it’s only then, when you go through that process, that you realise how much easier it would have been had we set up Power of Attorney when we should have done.

“We had social workers and doctors making the decisions for him which I could have made had we had Power of Attorney and activated it. It took almost a full year to go through the process of getting Guardianship and going to the court. It was an expensive way to go about it, and it continues to be an expensive way.

“Three years down the line we’re having to reapply and, yeah, it’ll be another couple of thousand pounds to put that in place. So it’s a much, much more complicated thing and I have to justify everything I do for my husband. We needed to sell a house – I had to get permission to do that. We have to produce accounts every year to show how we’ve spent his money.

“However because of having to go down the route of Guardianship and the length of time it took, my husband did end up in a care home for two years before I was able to bring him home. And that would have all been so much easier if had we been sensible and got the Power of Attorney set up.

“I’ve said to my sons, who are in their 30s, get it done now. Don’t wait. Do it now because you don’t know what’s going to happen. We had a huge exciting future planned and not only did that fall apart because of the health issues but it got even worse because of not having Power of Attorney.

“I know it’s something that a lot of people think ….. one: I’ll do it when I’m older, I don’t need it just now. And also it’s an expensive option for a lot of people. Well, you don’t know at what age you’re going to need that. And with regards to expense, the alternative is 10 times more expensive than having Power of Attorney.”

© 2022 My Power Of Attorney. Start The Conversation

We use cookies to ensure that we give you the best experience on our website. If you continue to use this site we will assume that you are happy with it.OkNo
Revoke cookies